[edit] This is our working room. 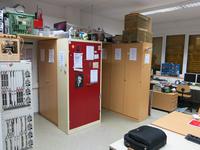 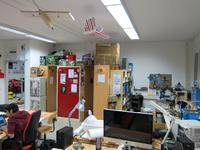 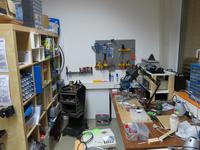 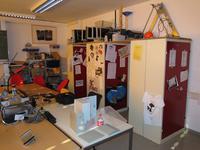 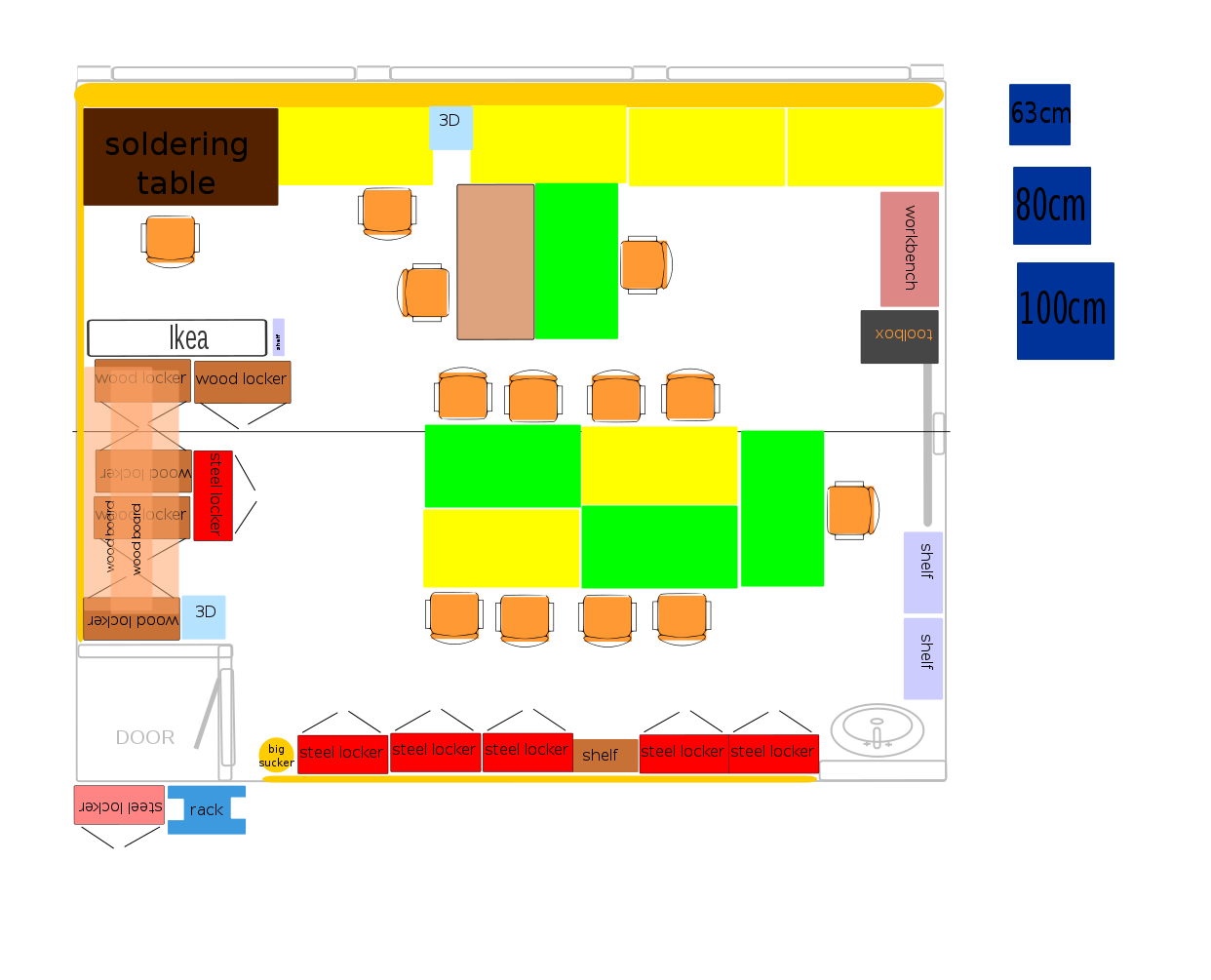 The rack and steel locker standing there outside the door are located in the entry hall.

Why a new layout?

The current layout has several problems.

If you want to try your own arrangement, here are the building blocks

One idea is to create two rooms by putting the lockers in the middle of the room, forming a wall. So we get one workshop part and one desks part. To increase storage, put wood planks on top of the lockers. Our rooms are 3m high, and this way we can use that height.

Below are some layouts issued from brainstorming.

[edit] Several layouts with the workshop near the sink

Using the lockers to build a wall, and a table as submerged entry point to a dedicated workshop. Yes, you always wondered what the jeffries tubes in Star Trek are so impractical? Well maybe this crazy idea shows that this stuff is just cool but plain silly.

Put the soldering table near the window

Second variation of soldering near window

Build a nice long corridor topped off with storage above. Nothing for tall people...

Same corridor idea, but not so long. The black line near the Ikea rack is a, not yet trademarked, Syn2wall wall we build for the ChillyChill

No corridors but storage caves.

[edit] Several layouts with the workshop near the door

Disadvantage of this is that there is quite some distance from the workshop to the sink. You're faster to the toilets.

Workbench at window, corridor with shelves on top

No more corridor, one huge table

Passage near window, U shape table

Same as previous with other tables layout

A couple more tables inside the workshop part